The area in which St Luke’s is located is the original home and traditional lands of the Wangal people of the Eora nation. They took responsibility for this land. The nearby river provided food. Other foods were hunted, harvested and gathered from the bushlands. The area was also a meeting place for the peoples as they shared their traditions and cultural values. We recognise these people and are thankful for their care of the land where St Luke’s now stands.

St Luke’s Concord, is an historic church with origins that go back to the beginnings of white settlement. The Concord area was half-way between the first settlement at Sydney Cove and the first farming area at Parramatta. In 1791, a track through the bush joined the two settlements, which otherwise were only linked by the Parramatta River. A Government Stockade was built at this half-way point, to house the convicts who built, maintained and extended the track, which in time became the Parramatta Road. Gradually free settlers and emancipated convicts began a farming community in the area, known as Longbottom.

In this situation the Christian Church fulfilled its ancient role as the bearer of culture as well as spiritual guidance. Both Anglican St Luke’s, and Catholic St Mary’s, began their ministry as schools as well as places of worship. This was the time long before the concept of public education as the role of the state. So the Burwood Parochial School in Wharf Road – the origin of St Luke’s – opened in 1843, and the earliest version of today’s St Mary’s opened in 1845. Both buildings are long gone.

The building was a Parochial School during the week and church on Sundays. There was a proper Church of St John’s at Ashfield and St Thomas’s at Enfield but the roads linking them were bad and so it was an awkward journey for the people of Longbottom, which they made only on special occasions.

Then in the early 1850’s, the Gold Rushes brought new wealth and a flood of emigrants in search of their fortune. The first railway line was built from Sydney to Parramatta, with stops at Ashfield and Burwood – pushing settlement up the hill on the Burwood side of the Parramatta Road. In this situation, Anglican people in the area felt confident enough of themselves and their future to have their own church. A public meeting in 1858 complained of the inconvenience of having to travel to St Thomas’ at Enfield and set up a committee to raise the funds for a church.

The church was granted one and a half acres in Burton Street, not far from the half acre in Wharf Road where the Parochial School stood. Today this half acre is represented by Nos. 24, 24a, 24b Burwood Road. No. 24 is the old St Luke’s Rectory, built in 1893 and Nos 24a and b. are on the site of the grounds and Parish Hall built at the same time in front of the old Parochial School building. Burton Street ran down the hill to Stockade Street; now called Loftus Street. However the Convicts were gone by the late 1840’s, and that area had become agistment paddocks for police horses. In 1886, it was gazetted as a public park, named St Luke’s Park for the church just up the Hill. Today of course we know it as Concord Oval – but the original entrance gates to St Luke’s Park have been restored.

St Luke’s people chose plans for their church by the well known architect, Edmund Blacket, who was responsible for so many of Sydney’s churches, as well as many other buildings including the Hall and Quadrangle at Sydney University. The building was completed in 1860 and consecrated in May, 1861. It cost £1495 and it was intended to seat 185 people. Edmund Blacket introduced into Australia, the Gothic Revival style of architecture so beloved in Victorian England. This style was so popular in Australia it became accepted as the way a church should look.

St Luke’s is a charming building, but it does not have the status of some other Blacket churches, because it is not pure Blacket. This building was produced in three stages and Blacket designed only the first stage– a simple Gothic style chapel. The newspaper report of the consecration of the building in 1861 reports that …” the church is a substantial brick building, in the Gothic style and presents a purely ecclesiastical appearance. The pews, reading desk and fittings are of cedar wood.”

This building consisted only of our present central nave, with the bell-cote, a small south porch and a small 14’x16′ chancel. It must have been very exciting for the congregation when their new building was finally ready to be consecrated.

A decade later, in 1869, the church was so crowded it was decided to extend. However, our parsimonious and/or independent forbears decided not to go back to Blacket, but to use the plans of a parishioner, William Coles, who had supervised the building of the first stage. Coles produced a design which involved adding two aisles on either side of the nave, but we decided we could only afford half the plan. So we got the north aisle, the north porch and a north vestry – though smaller than the present one. At the rear of the church a “singing gallery” was added with a platform for a harmonium.

In the terms of those days, the demand for sittings was so great; more places had to be provided. Church finances were very different in the 19th Century. A serious parishioner booked his seat by the year – he rented his pew and the family name was on the pew, so you made sure no-one else sat there. It also made it very obvious if you were away! If you were a visitor without friends in the parish, or too poor to afford pew rent, there were always some free seats.

Thirteen years later in 1882, the second half of the Coles plan was carried out. The south aisle was added with a new south porch. This was not the present large square one, which was added in 1938 as a memorial to Dame Eadith Walker, who had donated our fine, heritage listed, Hill pipe organ, installed in 1884. We added an “Organ Chamber” on the southern side of the sanctuary, which is today’s Flower/Organ Vestry, while the Rector’s Vestry on the north side was extended outwards. The back wall of the chancel came down, and the distinctive Romanesque apse behind the present communion rail was built. Four Gothic arches were created linking the vestries, church and chancel.

For a detailed look at St Luke’s organ, visit the website of the Organ Historical Trust of Australia – www.ohta.org.au.

So we have a church of mixed architectural styles, Gothic and Romanesque, and the end result is a welcoming environment on a human scale, which works very well indeed as a parish church. 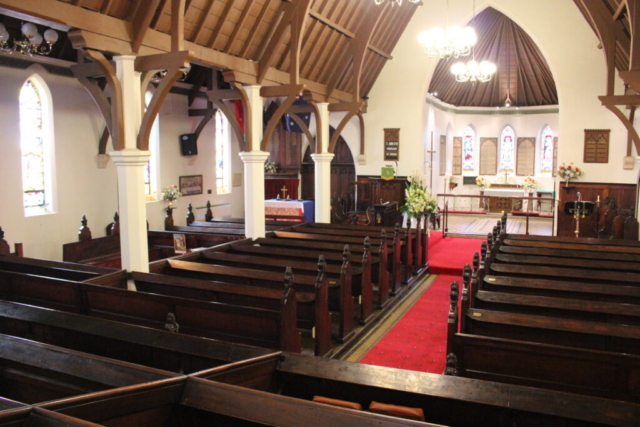 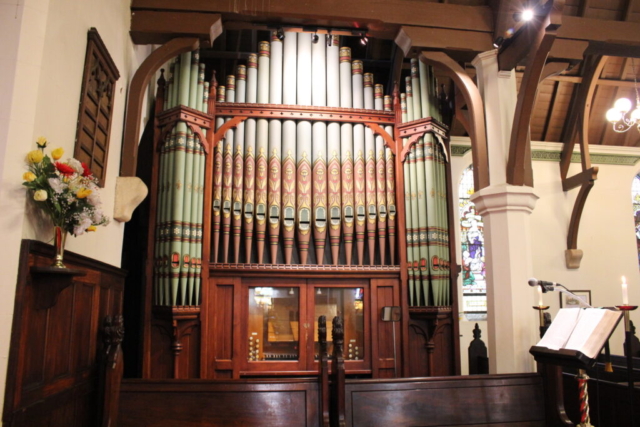 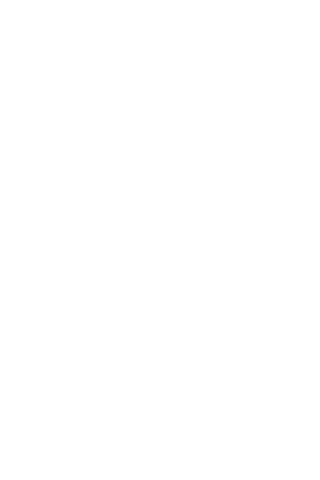 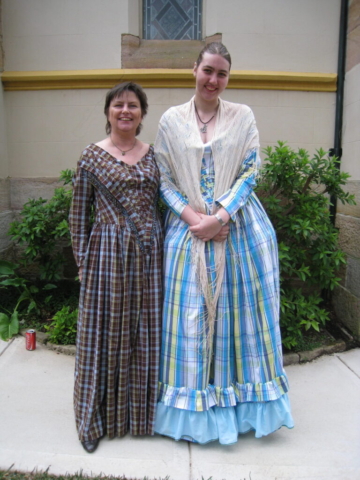